International Falls, population 6,424 according to 2010 Census, is the largest city and the county seat of Koochiching County. Situated on the border with Ontario and the Rainy River, its name is derived from the falls that were harnessed to provide hydropower to the paper mill – now Boise Inc.

International Falls is truly an “international” city, providing a link, via an International Bridge to sister city Fort Frances, Ontario. Wood products are the number one industry for the community and surrounding area with tourism ranking as number two. Boise Inc, the largest employer celebrated its 100th year anniversary of papermaking in June of 2010. Cold weather testing of major automobile manufacturers and suppliers is also an important component of the winter economy.

Rail Port & Foreign Trade Zone: The area is also a major international rail port of entry for CN Rail. In fact, the port is the busiest in North America and a focus for future economic development. High-quality highways in conjunction with the rail service make this location logistically strategic for a distribution center, warehousing, or importing and exporting through the recently established Foreign Trade Zone (FTZ #259). The FTZ, with over 700 acres, provides duty and logistics benefits for eligible businesses. 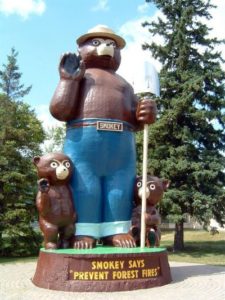 Air Service: In addition, the community is served by The Falls International Airport – the fourth busiest in Minnesota – and was recently expanded to accommodate the largest of aircraft – both commercial and private. The airport is currently going through a new terminal update that is expected to be open in October, 2017 with all the latest technology. The airport features SkyWest Air Lines, a Delta Connection, with daily flights to Minneapolis-Saint Paul International Airport.

Community College: Worker training is an important concern to industries and Rainy River Community College is an experienced partner in aligning its programs and services with the needs of area businesses and the community.

Businesses will find that old-fashioned work ethics still exist in International Falls. The combination of very affordable housing, short work commutes, low utility rates and high quality of life makes this an economical city in which to live and do business. Advanced telecommunications networks allow your business to operate here and connect with anyone, anywhere in the world.