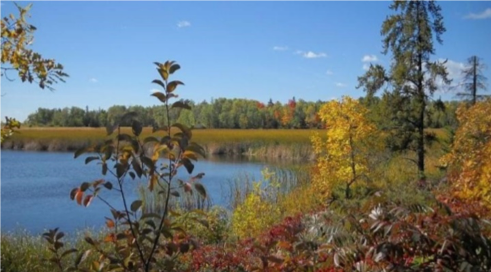 Voyageurs National Park is located in northern Minnesota near the Canadian border and is the only National Park in Minnesota, established in 1975. The park covers a vast area and is known for its forests, waterways and huge, island-dotted Rainy, Kabetogama and Namakan lakes. With over 40% of the park water, the park is a maze of interconnected water highways. Voyageurs National Park is named ‘Voyageurs’ after the French-Canadian fur traders believed to be the first non-natives to travel through the region on a regular basis. Some of the earth’s oldest exposed rock formations can be seen at Voyageurs National Park. The Ellsworth Rock Gardens, created by artist Jack Ellsworth, are a series of abstract sculptures on a terraced outcrop. The remote Kettle Falls area has a dam and a red-roofed hotel, both from the early 20th century.

Voyageurs National Park offers a wide range of guided boat tours and ranger-led programs during the summer and fall along with boating, camping, fishing, hiking, house boating, and more. Winter visitors enjoy the beauty of Voyageurs National Park by snowmobile, on cross country skis, in an auto on the ice road, on snowshoes, or in ice-fishing houses. 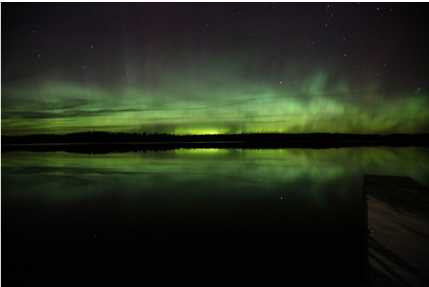 The Aurora Borealis was seen dancing across the dark skies of Voyageurs National Park September 23, 2014. This pictures series was captured by Steve Dimse, park volunteer.

The United States Mint (Mint) unveiled reverse (tails side) designs for the 2018 coins in its multi-year America the Beautiful Quarters® Program. 2018 marks the ninth year of the America the Beautiful Quarters® Program. The Mint is issuing the new quarters at the rate of five per year until 2020 in the order in which each honored site was first established. The final coin will be released in 2021.

The design representing Voyageurs National Park depicts a common loon with a rock cliff in the background designed by AIP Designer Patricia Lucas-Morris and sculpted by Mint Sculptor-Engraver Joseph Menna.