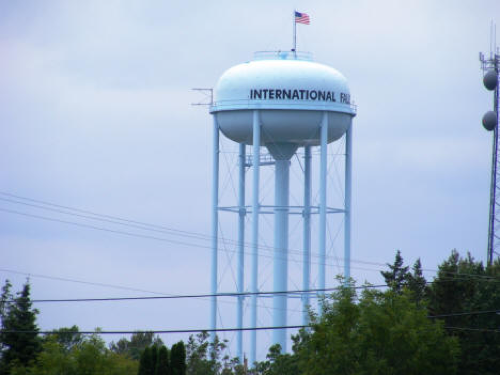 While water is certainly essential for all human life, it has and continues to have a fundamental role in the economic and social well being of Koochiching County.  Water was the primary mode of travel for the early Voyageurs as they paddled the northern waterways in search of beaver and other fur bearers.  The early settlers used water as a primary transport for both people and timber as well as a food source with the tremendous fisheries.  The paper mill was sited in International  Falls because of the abundant timber and the hydro power provided by Rainy River at the falls.

One hundred years later, water is still a primary source for our economic, recreational, and quality of life in Koochiching County.  The name “Koochiching” itself is derived from the Ojibwe native language as “at the place of inlets” referring to the flow of Rainy Lake into Rainy River.  Koochiching County is home to 7 major watersheds, 6 of which flow north into the Rainy River, which flows west into Lake of the Woods.  Rainy Lake is the major lake in the county, although the lake’s boundaries are shared north into Ontario, and portions to the south and east into St. Louis County.  Koochiching also has a number of rivers, streams, creeks, and wetlands with 3 major rivers:  the Littlefork, Bigfork, and Rainy Rivers.

Today, water still provides hydro power for the paper mill at International Falls (Packaging Corporation of America – PCA), and is a precious resource that our tourism industry is built around.  In 1975, the Federal Government established Voyageurs National Park which adjoins a 56-mile stretch of the Voyageur’s Highway.  Voyageurs is one of the only water-based National Parks in the U.S. and within its boundaries has over 30 lakes – with four major lakes , including Rainy Lake.  The park is nearly 40% water with over 344 square miles of water.  This four-season playground can be enjoyed by boat, kayak, houseboat, snowmobile, snowshoe, or cross-country skis.  (Visit the Park’s website at www.nps.gov/voya) 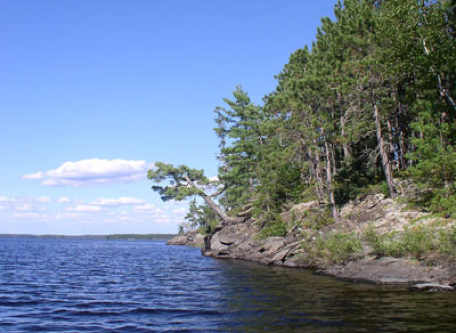 It’s easy to take clean water for granted, but in the North Country we’re constantly reminded of the role of water in our lives.  Koochiching County and the City of International Falls have invested a significant amount of money in both sewer and water infrastructure to ensure water quality into the future.  In fact, the City of International Falls has won “Best Tasting Water” competitions at both the state level (2012) and second place nationally in 2013.