Three years ago, local fishing guide and bass fishing enthusiast Chris Zahn was in his garage with fellow fishing friends Tim, Jessica, and Bill Bright.  They wanted to share their passion with younger anglers and wondered what it would take to create a high school bass fishing team.  They researched and spoke with fishing guides and officials in the state and understood what was needed to start a club team.  There are currently 140 schools in Minnesota that have fishing teams.

They turned to local businesses for support and sponsorship for both financial and fishing products that helped create a catalyst.  The response was overwhelming from the business community and they reached out for students to create the first team.  The first year they attracted 20 students – from 7th to 12th graders, then followed up in year two with 28, and this year had 30 on the team.  The volunteer core has now evolved into a five-person board that oversees the team activities and events.

The summer season – from Memorial Day through August – is structured around five tournaments on different bodies of water in the region.  The tournaments run six hours and have teams of two student anglers and a volunteer boat captain.  The teams are selected from a draw before each tournament sot anglers are always with different teammate for each tourney.  A point system was established that includes points for the number of fish each student gets as well as extra points for largest fish of the day.  Points are compiled and at the end of the year a student is named “Angler of the Year”.  This has historically occurred after the boat parade as part of the International Falls Bass Championship.  In addition, the top six point-earners get to participate in a State Team Tournament event put on by the MN SATT – Student Angler Tournament Trail.

“This team has had great support from the community businesses and from the many volunteer boat captains we’ve had,” said Zahn who now serves as Board Chair. 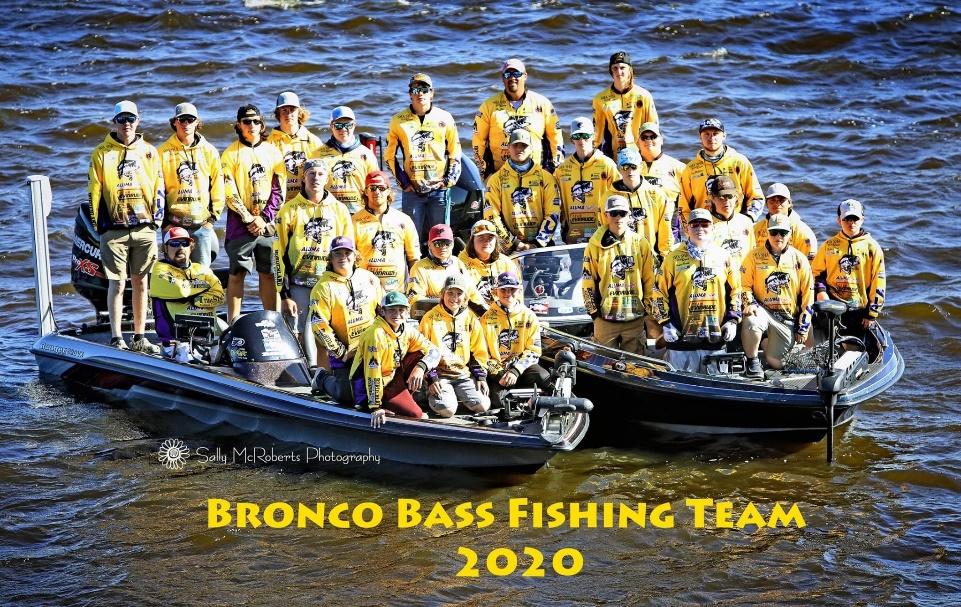 While the team raises additional money through traditional ticket raffles and fundraisers to supplement the support from local businesses that help pay for gas and equipment, the volunteer boat captains supply their own boats and time.

Zahn hopes to continue to grow on the early success of the program, attract more female anglers, and that the Minnesota State High School League will make bass fishing a lettered sport.